To control moles and gophers successfully, you first need to be able to tell the difference between them so you know what you’re dealing with.

Differences Between Moles and Gophers

Moles usually grow no larger than 8″, and their coats are dark brown or black. Gophers are roughly 6–12″ long, with ears that are set toward the back of the head and a coat that ranges from dark brown to light gray in color. The easiest way to distinguish between them is the nose: moles have long, bare snouts, whereas gophers’ noses are more similar to those of rodents such as the woodchuck or the squirrel.

Gophers, not moles, are usually responsible for destruc­tion in a vegetable garden. Moles prefer to eat grubs (especially Japanese beetle grubs) and for that reason are often considered beneficial to lawns and gardens—with the exception of the hills they build.

Signs of a Mole or Gopher Problem

Gophers form fan-shaped burrows, while moles form round, volcano-shaped burrows that are usually plugged at the top. Gopher mounds are typically larger; moles build more numerous, smaller mounds, as well as strips of bare or raised earth called runways, where they do much of their feeding. Gopher tunnels, on the other hand, aren’t usually visible from the surface.

How to Identify High-Traffic Burrows

Fortunately, moles are solitary creatures, so once you’ve caught one, you shouldn’t see any more for a while. 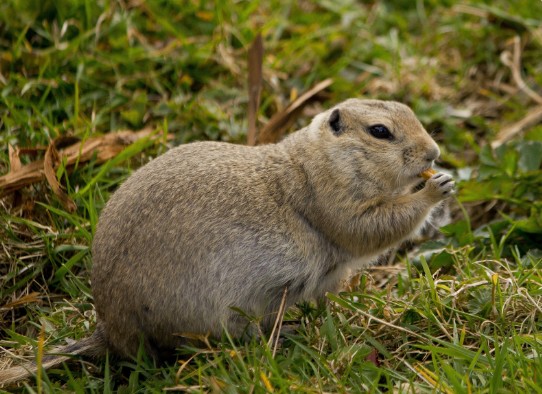 Like moles, gophers are solitary creatures, so capturing one means you’ve captured them all—from that particular network of burrows, anyway.

If traps don’t work, you can also try flooding a mole or gopher out of its burrow.

Gas cartridges, also known as smoke bombs, remove oxygen from a burrow and force moles and gophers to flee, if they make it out alive at all. Pick up a pack of gas cartridges by Giant Destroyer or Revenge, and then do the following:

Keeping Moles and Gophers Away

To keep moles and gophers from burrowing into your yard or garden, surround the area you wish to protect with 1/2″–mesh chicken wire buried at least 24″ inches below ground and standing roughly 24″ inches above ground.