The population of the red imported fire ant in the American South is not only growing at an alarming rate but also migrating northward and westward. The fire ant is one of the only ant species on the planet that has the ability to sting, and it gets its name from the burning sensation that a person feels after being stung.

A single fire ant may sting multiple times, using its strong jaws to clamp down on the victim while repeatedly injecting venom with the stinger at the end of its abdomen. A person unlucky enough to step on a fire ant nest may be stung hundreds of times.

Fire ants also have a deleterious effect on the environment and indigenous wildlife: deer, turkeys, quail, and songbirds have succumbed to them, and the ants have no natural predators in the United States.

Signs of a Fire Ant Problem

For safety purposes, it’s best that you deal with fire ants with direct chemical and biological control, rather than attempting a less immediate form of physical control. If you notice a fire ant trail that you want to treat chemically, don’t tamper with it. It’s easier to kill ants when they are on a trail—you can see them better that way. 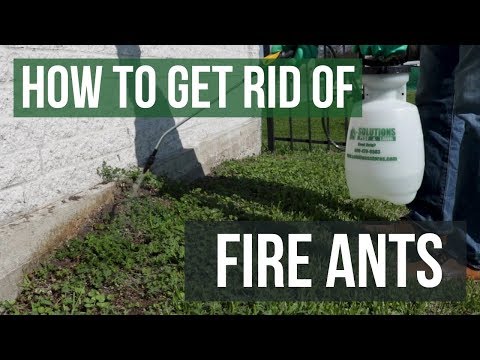